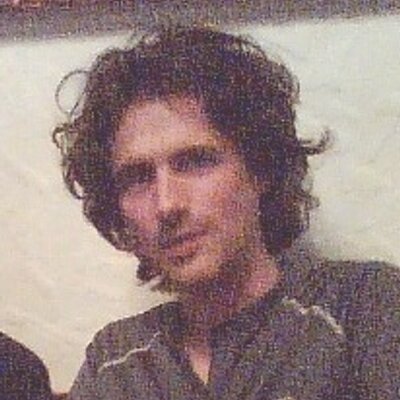 A SERVICE FRAMEWORK FOR OPERATION-BASED CRDTs
October 19, 2016 by Martin Krasser

This article was originally posted here.

This article introduces a framework for developing operation-based CRDTs services. It is part of the Eventuate project and supports the integration of operation-based CRDTs into Eventuate’s reliable causal broadcast infrastructure. It exposes CRDT instances through an asynchronous service API, manages their durability and recovery and allows for CRDT replication up to global scale.

After a brief introduction to operation-based CRDTs, their relation to Eventuate’s event sourcing and event collaboration features is discussed to get a better understanding of the inner workings of the framework. An example then demonstrates how to use the framework to implement a concrete CRDT service and how to run multiple replicas of that service. The rest of the article covers production deployment considerations and gives an overview of planned features.

The execution of a CmRDT operation is done in two phases, prepare and effect [2] (also called atSource and downstream in [1]): prepare is executed on the local replica. It looks at the operation and (optionally) the current state and produces a message, representing the operation, that is then disseminated to all replicas. effect applies the disseminated operation at all replicas.

These are quite similar from a conceptual and API perspective but have one important difference: A PersistentActor can only consume self-emitted events whereas an EventsourcedActor can also consume events emitted by other event-sourced actors. And exactly this is needed to implement CmRDTs with event-sourced entities. They must be able to collaborate so that multiple replicas of the same entity can be deployed.

CmRDTs in Eventuate are plain Scala objects that are internally managed inside event-sourced CRDT actors. CmRDTs encapsulate state and implement prepare and effect logic. Their concrete implementation follows the specifications in [1]. CRDT actors handle CmRDT update commands by persisting update operations to the event log in the prepare phase and delegate the execution of these operations to the CmRDT in the effect phase. An operation emitted by one event-sourced actor is not only consumed by that actor itself but also by all other event-sourced actors with the same aggregateId. This ensures that all replicas of a given CmRDT instance receive the update operation during the effect phase.

What we want is a distribution of CmRDT replicas across locations (or availability zones) where each location has its own local event log that remains available for writes even if partitioned from other locations. Events written at one location are asynchronously and reliably replicated to other locations. The strongest global ordering that can be achieved in such a replication network of local event logs is causal ordering which is sufficient for CmRDTs to work as specified.

The previous sections outlined how CmRDTs can be integrated into Eventuate’s event sourcing and event collaboration infrastructure. In order to free CmRDT developers and users from working with actor APIs directly, Eventuate provides a CmRDT service development framework that hides these low-level details. This framework is also the implementation basis for all CmRDTs that are part of Eventuate. Usage of the framework is demonstrated in the following by implementing an MV-Register CRDT service (full source code here).

An MV-Register or Multi-Value Register CRDT is a memory cell that supports assign to update the cell value and value to query it. In case of concurrent updates, multiple values are retained (in contrast to a Last-Writer-Wins Register, for example, where one of the values takes precedence). In case of multiple values, applications can later reduce them to a single value.

The MVRegister[A] class internally stores assigned values of type A together with the vectorTimestamp of the corresponding operation as Versioned[A](value: A, vectorTimestamp: VectorTime). Here, Set[Versioned[A]] is used because multiple concurrent assignments are allowed. Vector timestamps are generated by Eventuate for each persisted event (i.e. operation) and can be used by applications to determine whether any two events are causally related or concurrent. The assign method retains all assignments that are concurrent to the new assignment. All other existing assignments can be assumed to causally precede the new assignment because of causal delivery order. The new assignment is then added to retained concurrent assignments. The current value of an MVRegister[A] can be obtained with value.

To provide a service API for MVRegister[A], we define a MVRegisterService[A] class that extends CRDTService[MVRegister[A], Set[A]]. CRDTService is an abstract service that manages CmRDT instances inside event-sourced actors and provides an asynchronous API for reading and updating those instances. The service-internal actors interact with the local event log for reading and writing CmRDT operations. The only concrete service method we need to implement is the asynchronous assign method that defines which operation to use for the MVRegister[A] update.

The assign service method creates an AssignOp instance, representing a persistent assign operation, that is first used by the local replica during the prepare phase, then written to the event log and finally used by the local and all remote replicas during the effect phase. CRDTService[MVRegister[A], Set[A]] also provides a value(id: String): Future[Set[A]] method for obtaining the current value of a local MVRegister[A] replica (usage shown in next section).

For being able to work, MVRegisterService[A] requires an implicit CRDTServiceOps[MVRegister[A], Set[A]] instance in scope. CRDTServiceOps is a type class that maps the CmRDT update phases prepare and effect to methods on CmRDT instances. It also defines how to obtain the current value from a CmRDT instance.

For MVRegister[A], the prepare phase is a no-op and the default implementation from super should be used (or better, inherited). The effect phase uses the persistent AssignOp to call the assign method on the MVRegister[A] instance. The vector timestamp is taken from the event parameter that provides all event metadata.

The following example (full source code here) sets up three locations, each running a local MVRegisterService[String] instance using the local event log for persisting assign operations. The local event logs are connected to each other via their ReplicationEndpoints to form a replicated event log. This implements the reliable causal broadcast needed to disseminate assign operations to all replicas. The locations run all in the same JVM, each having its own ActorSystem (usually, locations run on different nodes in the same or even different data centers).

We will use a single MVRegister[String] instance, identified by crdtId, with a replica at each location. When calling assign or value for the first time after service creation, the service tries to recover the local replica from the event log by replaying operations or initializes a new one if there are no persistent operations for that instance id.

The updates start when serviceA assigns its local replica the value abc and serviceB its local replica the value xyz. These operations are expected to be concurrent because serviceB will likely have finished the local update before having received the assign operation from serviceA. However, there is a small chance that this is not the case. We can find that out by reading the value from serviceC, after having given operation dissemination enough time. In case of concurrent operations, output similar to the following is generated:

As long as the total number of updates per CRDT instance is moderate e.g. less than a few thousand updates it is not necessary to create snapshots of CRDT state. Eventuate event logs are indexed on CRDT id (i.e. aggregateId) so that operation replay per instance is reasonably fast. For a much larger number of updates per instance it is recommended to save snapshots. CRDT services provide a generic save(id: String): Future[SnapshotMetadata] method for saving CRDT state snapshots where id is the CRDT instance id.

Eventuate’s CRDTs and its reliable causal broadcast infrastructure have been heavily tested under chaotic conditions with all currently available storage backends. Chaos was generated by randomly injecting network partitions between Eventuate locations, within Cassandra clusters and between Eventuate locations and Cassandra cluster nodes. Furthermore, network packets have been dropped randomly too.

In all tests, replicated state successfully converged at all locations, even after long-running chaos tests (approx. 1 hour). A single missing event or a duplicate delivered to in-memory CRDT replicas would have broken convergence and let the chaos tests fail. The failure handling consequences learned during the chaos tests are summarized in the Failure handling section of the Eventuate documentation.

In addition to the basic CRDTs that are currently part of Eventuate, we plan to work on tree and graph CRDTs as well as CRDTs for collaborative text editing. We are also working on a Java API for the framework. A Java API for the existing CRDT services is already available.

Eventuate’s CRDTs currently follow the specifications in [1]. As explained in [2] these specifications can be improved to make them pure operation-based. A prerequisite for such an implementation is a tagged reliable causal broadcast (TRCB) which is a RCB middleware that additionally exposes causality metadata to the application. Eventuate already delivers vector timestamps together with events to applications and can therefore be used as TRCB. We currently think about factoring out the TRCB part of Eventuate into a separate open source project.